It is bounded to the west by the Finke River and Mabel Range, to the north by the Adam Range, to the east by the Georgina and Diamantina Rivers, with Lake Eyre to the south. Its average annual rainfall is less than 200mm.

The Simpson Desert is underlain by the Great Artesian Basin, water from which rises to the surface at numerous natural locations, including Dalhousie Springs, and at bores drilled along stock routes, or during gas and oil exploration.

As a result of exploitation by such bores, the flow of water to springs has been steadily decreasing in recent years.

The Simpson Desert is an area which contains the world’s longest parallel sand dunes. These north-south oriented dunes are static, and are held in position by vegetation. They vary in height from 3 metres in the west to around 30 metres on the eastern side.

The most famous dune, Nappanerica, or more popularly known as Big Red (named by Simpson Desert traveller Dennis Bartell), is 40 metres in height.

The explorer Charles Sturt, who visited the region in 1845, was the first European to see the desert, but it was not until 1936 that Ted Colson, on camels, became the first white man to cross it in its entirety.

The name Simpson Desert was coined by Cecil Madigan in 1939, after Alfred Allen Simpson, an Australian philanthropist, geographer, and president of the Royal Geographical Society of S.A.

No maintained roads cross the desert. However, there are tracks that were made during seismic surveys in the search for gas and oil during the 1960s and 1970s. These include the French Line, the Rig Road, and the QAA Line.

Such tracks are still navigable by well-equipped four-wheel-drive vehicles which must carry extra fuel and water.

Towns providing access to the edge of the Simpson Desert include Oodnadatta to the southwest, and Birdsville in the east.

A section of the Commonwealth Railways Trans-Australian line passes through the western side of the Simpson Desert. 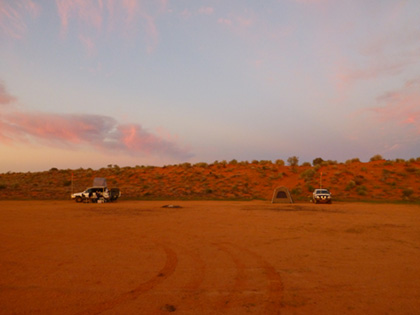 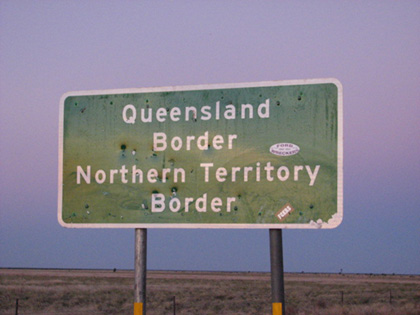 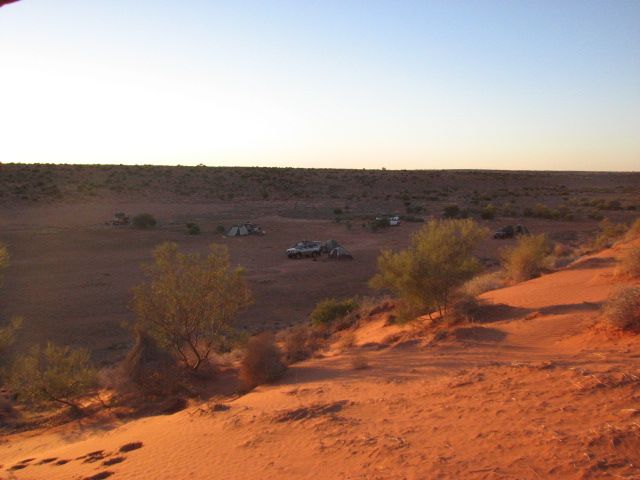